Chessboxers Daniil Soloviev and Mazen Girke are engaged in a round of chess during a chessboxing match at the Intellectual Fight Club in Berlin, Germany on the 15th of December 2017. Mazen is about to loose the match and Daniil Soloviev retains his title of champion chessboxer in the amateur league.
Chessboxing is a literal combination of chess and boxing in a single match, demanding the players to quickly shift between mental and physical skills. The battle consists of 11 alternating rounds of chess and boxing, each lasting for 3 minutes. A game is won by checkmate, knockout or the judge’s decision.
The sport first got conceived of by the Slovak Bosnian comic book creator Enki Bilal, who introduced it in his futuristic graphic novel “Cold Equator”. Inspired by the book Dutch artist Iepe Rubingh staged the first fight in Amsterdam in 2003, which he himself fought and won. After that Iepe moved to Berlin and proceeded to found chessboxing-global.com, an organisation that strives to make the new sport popular worldwide. 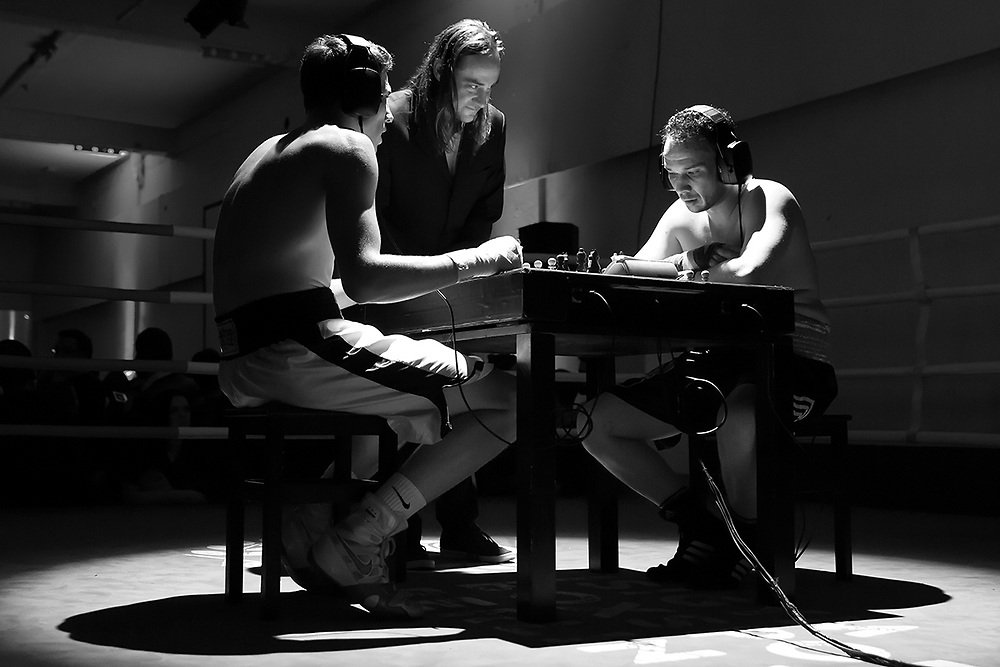